According to Homer's "Odyssey," unable to breach the walls of Troy for ten years in the 12th Century BCE, the Greek military built an enormous, hollow, wooden horse and presented it to the Trojans as a deceptive peace offering. The tactic succeeded when, once inside the city, Greek soldiers emerged from the horse and conquered the unsuspecting Trojans. ​​​​​​​ 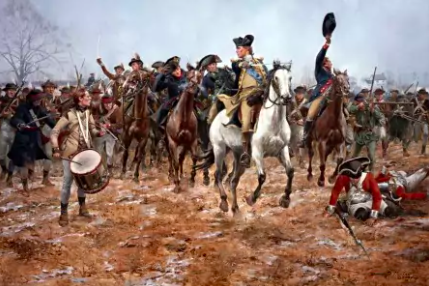 In 1777, General George Washington used deception to defeat British troops at the Battle of Princeton. By ordering his troops to build bonfires and make digging noises, Washington falsely communicated a large colonial army presence to the British, who reacted by diverting their troops. Simultaneously, Washington led the remaining troops, with torches extinguished and wagon wheels wrapped in cloth, in making a surprise, successful attack from the north. ​​​​​​​

Quaker guns, or painted logs cut to resemble cannons, were first used during the American Revolution. During the Civil War in 1862, Confederate General Joseph Johnston used the same deception more extensively at Centreville, Virginia to communicate the illusion of a strong front line, which kept Union troops at bay, allowing Johnston's small army to withdraw and fight again.​​​​​​​ 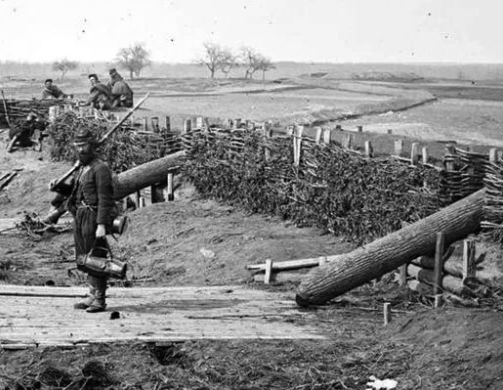 "Centreville, Va. Fort on the heights, with Quaker guns." (Photo: Library of Congress, 1862)