Made up of 379 men, including many artists, the 603rd Camouflage Battalion was the largest Ghost Army unit. Assigned to carry out visual deceptions, the 603rd used inflatable tanks, trucks, and artillery to falsely communicate the physical presence of Allied troops for detection by enemy aerial reconnaissance.

"My-I just saw something I didn't believe. Somebody carried a jeep across the road. So we were told, under no circumstances could you, should you ever move inflated stuff anywhere." 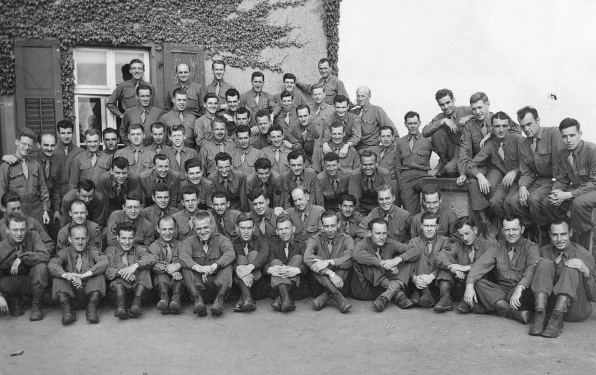 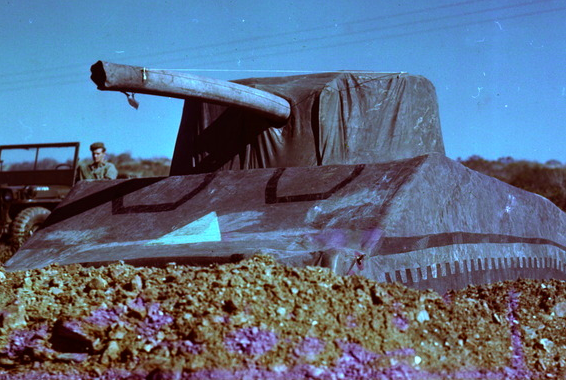 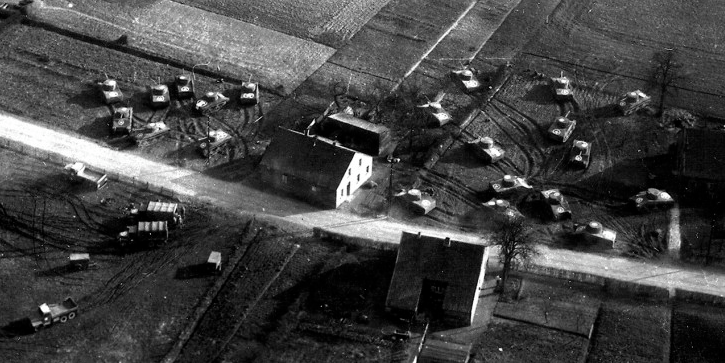 Dummy vehicles and fake tracks near the Rhine River in 1945. (Photo: National Archives, 1945) 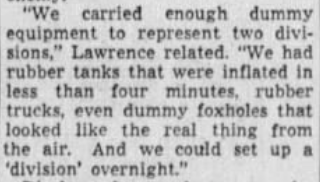 "Officers who had once commanded 32-ton tanks felt frustrated and helpless with a battalion of rubber M-4s, 93 pounds fully inflated. The adjustment from man of action to man of wile was most difficult. Few realized at first that one could spend just as much energy pretending to fight as actually fighting."